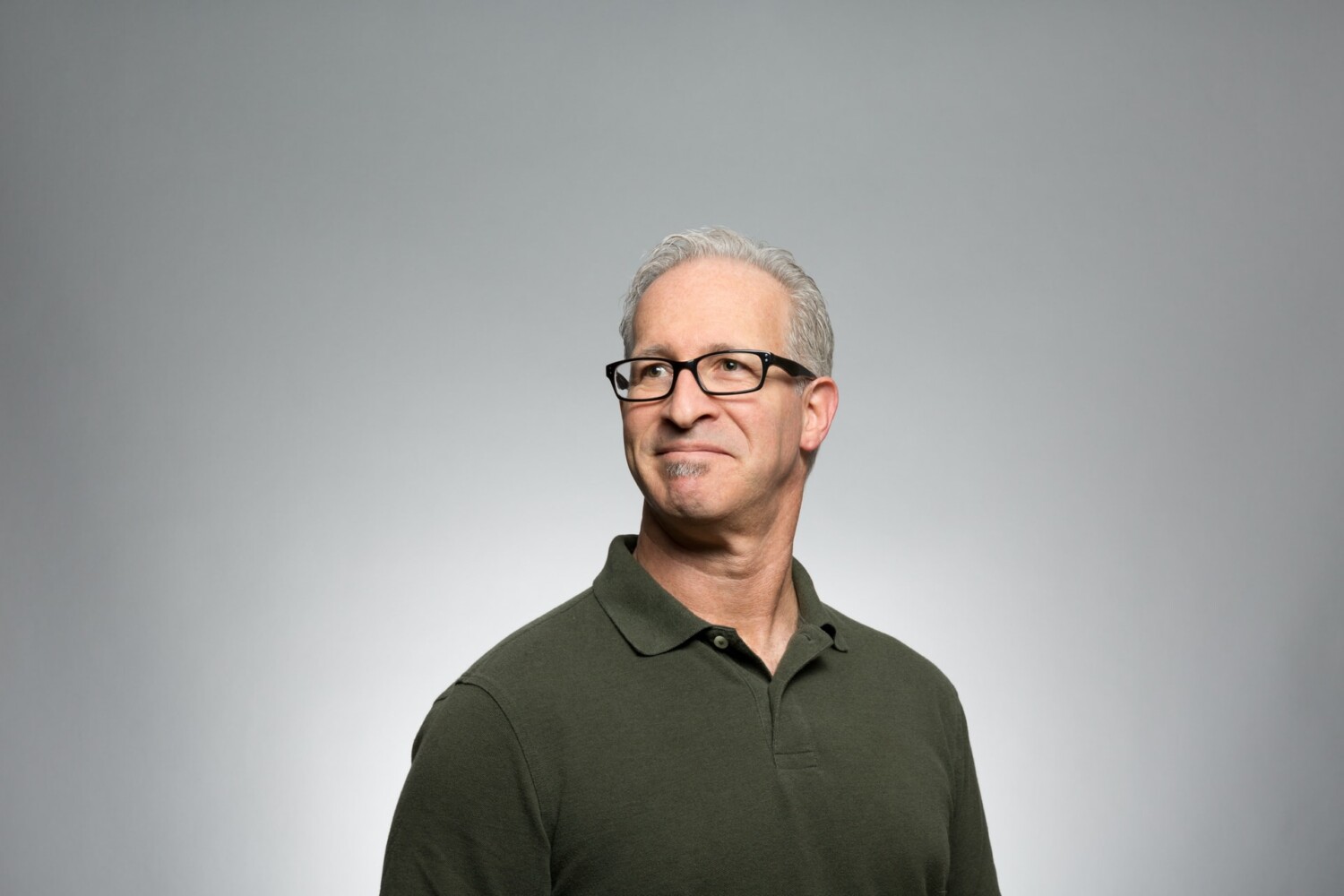 There has been a lot of discussion in the media about Ageism as a result of Covid19. It isn’t new, but the spotlight has been on in a way it usually isn’t.

The impact felt by Care Homes, the heavy-handed blanket stay at home message to all those over 70 and some of the age-based choices on who does/doesn’t get treatment show very clearly that Society has a way to go in coming to terms with more of us living longer.

The imagery and tone of this coverage make it even harder to stomach wrinkly handed imagery, gravitation to end of life and general ignorance to the midlife phase that many of us will spend a 1/3rd of our lives in. The ism that is still allowed to go unchallenged far too often isn’t being dealt with at all yet.

If you are or know someone with what is often referred to as a special or significant birthday this year I’m pretty confident they will not be looking forward to receiving their first over 50s plan mailing, “hilarious” when I’m 64 cards or suddenly developing a longing for Werther’s originals. This multiplies as you get older — over 80? Must be a miracle, and you surely cannot be active/not given up. Stories of Dame Judy on the front of Vogue or 100-year-old skydivers gain interest because they are outliers not commonplace as they really ought to be. The truth, of course, is lots of people in their 70s, 80s and beyond are peacefully carrying on as they have for years!

Which got me thinking again about the many reasons to consider an ageing society in Marketing plans which while seemingly obvious happens so rarely. So, in not very original style figured I’d share six great reasons why you should consider older consumers in your thinking:

Research from 2018 by the Centre for Ageing Better found that in the following 20 years the number of people aged over 65 would grow by more than 20%.

This means continued growth in spending power which is even more relevant in a recession as who will still have money to spend to meet their needs? There is, after all, a reason fraudsters perpetrate so much of their efforts on older consumers. Ironic that this group are the ones who have grasped the opportunity.

The BBC reported recently that Birth rates globally have dropped — the concept of super-ageing is becoming a reality in more and more countries.

Billions spent on travel annually. This has been hit hard in the current environment. Still, a conversation amongst those in control at the world’s major cruise lines will confirm forward bookings are secure and (whisper it quietly) the point at which people feel they can travel again the bookings will rise again rapidly.

Average/Mean age of a new car purchaser in the UK is 54 (The Times).

The data points in one clear direction! More books are being written/conferences and webinars and influencers/experts than ever in the expanding Business of Ageing.

They always buy so why change?
It is too hard!
We tested it, and it didn’t work.
Frequent observations from academics and business.

Travel can be argued to be the best exponent — the market value for Cruise alone was $45.6bn in 2018 (source Cruisewatch). Just look at recent announcements from Emerald/Scenic, Viking and Silversea they are investing heavily in new ships and gearing up for another ten years of boom times (at least). The growth in these markets is driven by a mature audience and will be for many years to come.

And if you don’t believe this story check out the order books for shipyards who are going to be busy for quite some time yet building and refurbishing.

You cannot underestimate how unimpressed consumers are with inappropriate targeting. The number of people I speak to in their 50s & 60s who were suddenly flipped into a world of stairlifts and incontinence pants when they are living very active lives (spend 5 minutes on Instagram and the volume of over 50s fashion-related accounts as a reality check) it is eye-opening.

Very basic but by taking the time to understand something about Ageing and what that means to consumer behaviour, you will be in a small minority and achieve some clear differentiation. It isn’t about patronising/going in heavy-handed it is the subtleties of acknowledging that life doesn’t stop at 50/60/70/80…

3) Behaviour and expectation are changing

Boomers set the tone for this — expectations in every way have been raised, and unretirement as a concept says it all.

No one wants to feel old/vulnerable/past it (add your cliché here). Given a choice, they will carry on as usual until no longer able to do so any more. You only need to see the number of erectile dysfunction ads/the number of mature divorces (silver splitters) and who has the highest instance of alcohol-related issues to get a sense that people have no interest in slowing down as they might in years past.

Take the huge cohort referred to as Generation X, for example — the sandwich generation. Children later in life/higher expectations/older parents. The coming changes in retirement/need & desire for encore careers are going to grow exponentially over the next couple of decades. Some of the messages from Government over the summer are part of this (tax increases in funding care/take more exercise/to lose weight etc.…

The way we age has evolved, and stereotypes and systems of the recent past will not hold up. Conventional retirement is changing (people cannot afford to/don’t want to), Health and fitness disparity will drive very different outcomes (some living longer healthier lives many potentially the total opposite).

More people are living longer with higher expectations from life = a world of opportunity.

Be it in health (so for those who mobility & health diminish) or those who are lucky enough to be independent/healthy & active and want to make the best of that situation.

In housing, we need more homes adapted to the needs of older people who want to stay in their own homes. We also need to think about where these homes are (or how we creatively address the challenges with initiatives like Silver sharers), or they move towards co-habitation, particularly amongst groups of older women.

Another Centre for Ageing Better statistic shows the majority of homes people are going to grow older in have already been built, so home modification is going to be a growth opportunity and need.

Health monitoring — taking more control of your body (you only get one after all) and making smarter choices earlier is a huge opportunity for growth. A device that tells you time for more rest/your sugar level is too low your current pattern of behaviour is putting you at risk of X/Y or Z disease/future problem?

More people wanting/needing to change careers/stay employable into their 60s or 70s? Further education, whether necessary or out of choice, will be growing.

At its simplest, if you design a product or service, ask yourself how you’d make it appeal to someone in their 60s or 70s and then build into the overall design. Or better still have some people in that age group as part of the team, the results will be insightful!

Doesn’t mean a run on Bowls clubs (nothing wrong with that at all btw each to their own) more focus on a range of very active hobbies — ramblers holidays/ health retreats etc.

I have been lucky enough to speak to lots of people in mid-life who are doing amazing things, and this isn’t so rare now.

I have encountered two particularly great examples on twitter — @Irongranny and @Beastmodegrandma both competing at incredibly high levels and both incredibly inspiring individuals. I loved talking to them so much I’m going to organise separate conversations with them so you can hear more of their stories directly. The rise in Masters sports of all variety shows the trend of not slowing down.

If you run a gym or are a personal trainer, how could you design a package to appeal to different segments of older consumers without patronising them? After all, getting started is the hardest part for many — once you have broken the back of it who knows where you might go in time.

Given a mortgage market that is going to be having a tough time in the months to come (c1 in 9 mortgage holders have taken a holiday as a result of Covid19). Very likely that the UK’s largest lender the Bank of Mum and Dad (and its Grandparent offshoots) will be picking up quite a lot of the slack for many years to come.

What does that mean? That you will need to talk to them as unlocking that spending power may very well be the thing that sustains the economy/gets the wheels turning again post COVID.

Want to access the elusive youth/young adult marketplace? Newsflash you very likely need to be talking to the people in the household with most of the money now — mid-lifers and upwards.

Hope the above has been helpful and inspires you to think about your business opportunities differently and more inclusively. There are some great examples of businesses/initiatives starting to fill some of these gaps but still ample opportunity.

Small(ish) Print
I’m Julian Harcourt, I help businesses understand and target mature audiences and can be reached at Julian@greyafro.com

This website uses cookies to improve your experience while you navigate through the website. Out of these, the cookies that are categorized as necessary are stored on your browser as they are essential for the working of basic functionalities of the website. We also use third-party cookies that help us analyze and understand how you use this website. These cookies will be stored in your browser only with your consent. You also have the option to opt-out of these cookies. But opting out of some of these cookies may affect your browsing experience.
Necessary Always Enabled
Necessary cookies are absolutely essential for the website to function properly. These cookies ensure basic functionalities and security features of the website, anonymously.
Functional
Functional cookies help to perform certain functionalities like sharing the content of the website on social media platforms, collect feedbacks, and other third-party features.
Performance
Performance cookies are used to understand and analyze the key performance indexes of the website which helps in delivering a better user experience for the visitors.
Analytics
Analytical cookies are used to understand how visitors interact with the website. These cookies help provide information on metrics the number of visitors, bounce rate, traffic source, etc.
Advertisement
Advertisement cookies are used to provide visitors with relevant ads and marketing campaigns. These cookies track visitors across websites and collect information to provide customized ads.
Others
Other uncategorized cookies are those that are being analyzed and have not been classified into a category as yet.
SAVE & ACCEPT